Varicose Veins or Spider Veins? Easily Know Which and the Risks 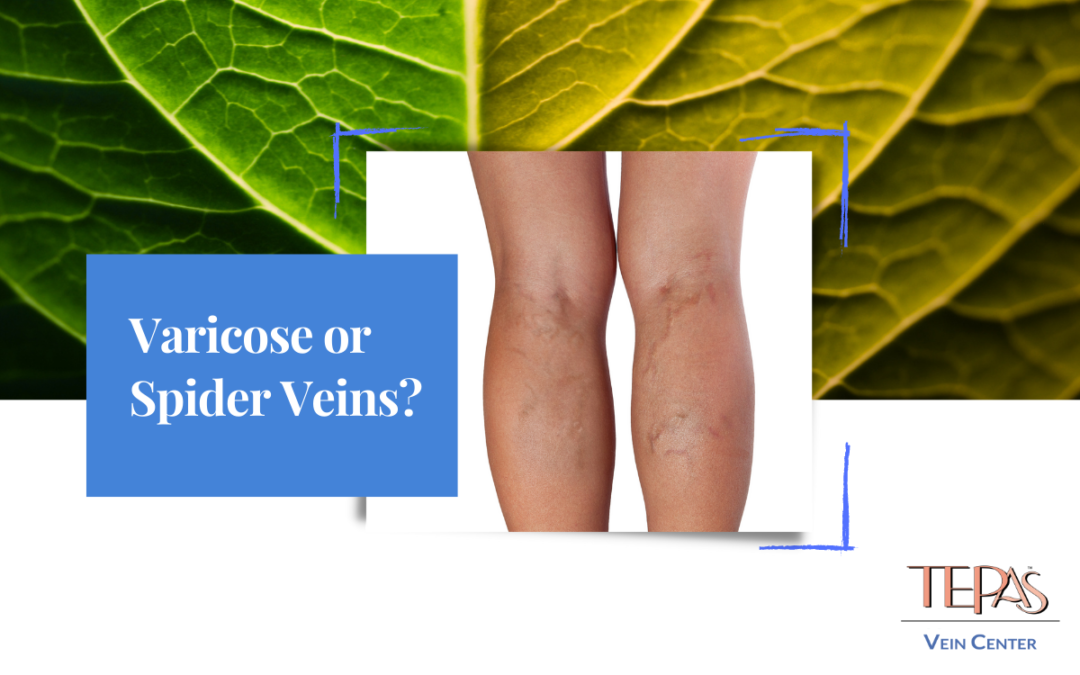 What are varicose veins?

You’ve heard of spider veins and varicose veins. You know when you have them. But what are they really, and what’s the difference?

Veins are muscular tubes that run throughout the body to pump blood back towards the heart. Arteries also carry blood, but they take blood from your heart towards all parts of the body. That means that arteries carry oxygen-rich blood to feed your organs, and veins carry the blood back to get refueled once all the oxygen has been used up.

Veins contain doors called sphincters (not that one) that open to let blood through when the heart pushes the blood through, and then close to prevent the blood from flowing backwards. This is important for two reasons: firstly, because you don’t want oxygen-depleted blood to stick around instead of going back to the heart. The organs nearby won’t get the oxygen they need to function. Secondly, blood sticking around will fill up the vein, increasing blood pressure.

When a vein fills up with blood that should have passed through, the pressure causes the vein to expand. This is why varicose veins are visible; they’ve expanded outward near the skin. Sometimes varicosed veins won’t be visible because they are covered by muscle and fat. Some people will notice their varicose veins when they lose weight, and mistakenly think they recently did something that caused the veins to varicose. Some veins are deeper and won’t be visible, but still need to be addressed. Varicose veins are usually found on the inside of the legs, back of the calf, and near the ankles. When the veins expand, they don’t just get bigger; they also start to twist around and change color to red, blue, or purple.

A varicosed vein is a problem because it’s not functioning properly. The vein’s walls are stretched, and the vein’s valves get damaged, turning the vein into a reservoir of blood that restricts your overall blood flow. The body needs to produce more blood to fill the larger veins and the damaged sphincters allow blood to accumulate, making the varicosity worse. Sometimes the damaged valves even allow the blood to flow backwards, called “reflux”. Varicose veins are usually permanent and require treatment.

You might not have known that hemorrhoids are actually a varicose vein that just happens to be in the rectum. They also occur in the testicles; a condition called “varicoceles“ that can be serious. Veins run all over the body, so you can get varicosities just about anywhere. 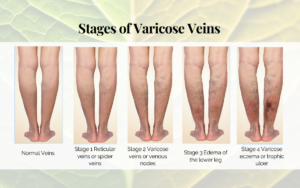 Spider veins are also enlarged veins and are similar to varicose veins. The obvious differences are that spider veins are much smaller, usually only happening to surface skin veins. They often occur around the nose, legs, and feet, but can occur anywhere on the body. They’re also usually red but can be blue or purple as well. The less obvious similarities are that they’re both damaged veins and valves that are caused by a more serious issue.

Spider veins can be caused by skin trauma like physical damage or surgery, exposure to sun and wind, acne, medication, pregnancy, too much alcohol, and genetics. They might be temporary or permanent, in which case you will need to seek treatment.

The Differences between Spider and Varicose Veins

Spider veins usually don’t have any symptoms other than visual, while varicose veins can cause pressure and heaviness in the legs, swollen feet and ankles, itching, dryness, skin discoloration, ulcers, and bleeding.

No matter which you have, they’re always a sign of a bigger problem. Make sure you live a healthy lifestyle to avoid them and get them diagnosed and treated as soon as possible. Our next post will cover how to prevent and cure them, so stay tuned for that!

Your safety is our highest priority. Staff and patients are required to wear masks unless vaccinated. We also use UV filtering to keep our air sterile, disinfect surfaces, and of course wash our hands!